The 5 Hardest Questions I Had Before My Deconversion 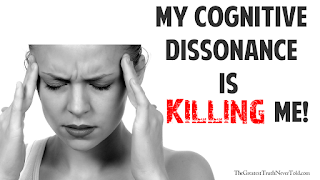 As a Christian, I had doubts for years before I finally decided to do some extensive research for myself on what I believe and why I believe it. It's not that I hadn't looked into the answers for my questions before, but when I did it was always one-sided. I looked for answers to my questions from Christian sources because I truly believed that there were, in fact, answers or explanations. There were some questions that I had that I realized I probably wouldn't find answers to and that I would have to just ask God about when I got to Heaven some day. I looked forward to things finally making sense in Heaven. Things made so little sense in this world. God didn't make sense! I never really thought that walking away from my faith was really an option because I just couldn't imagine not believing. Of course it's all true! How could so many people believe a lie?! The problem, in my mind, was our limited understanding because we're not God and his ways are "higher than our ways."

Despite believing all of this I still had a tough time with some of the hard questions that I couldn't find answers to and it sent me spiraling into a very "dry season." That's Christianese for not feeling close to God or just having a hard time connecting with God. I was definitely having a hard time because I just couldn't get past some of these things that hadn't been making sense to me. It started becoming difficult for me to pray or to worship on Sunday mornings (which I've always loved!). I lost the desire to read my Bible because it only raised more questions and I couldn't help but get frustrated anytime I read it. My husband and I were part of a community group through our church and each week we had homework as a couple that we needed to complete before our next meeting and there were several occasions when I would go through the discussion questions with my husband and couldn't help but just give sarcastic answers or just answer truthfully in a way that was definitely not what the question was looking for. When we were at group I played along and tried to be respectful, but inside I was a mass of confusion and irritation. I thought to myself, "Am I the only one who thinks this passage doesn't make sense?" "Is there something wrong with me?"

I often assumed that I must be "under attack" by the enemy and that he wanted to render me useless for the "kingdom of God." I prayed that God would help me get past all my doubts and questions so that I could be a better Christian and be a good Christian wife and mother. I knew I was being a good wife and mother overall, but I felt that I was lacking in being a "Christian woman" because I was so plagued with doubt. How could I raise my kids to have unwavering faith if I couldn't manage it myself?

I've put together the 5 hardest questions I had before becoming an atheist (at least I think these were the hardest ones. I had so many). Some of these may be questions you've had and some of them may be things you haven't thought of. Either way, I hope it provokes thoughtful consideration and internal dialog (as well as external dialog! I would love to engage with you about this subject).


The answers and explanations that I have found for these questions and many others were just simply insufficient and inadequate to truly make sense of these things. I have read and listened to everything I could get my hands on in regards to these subjects and have continued to look at explanations that are presented to me. I am unsatisfied with the answers given and, honestly, don't think there is any excuse for the bible to be considered the word of god when it is so obviously flawed on so many levels.

*I want to make sure that I mention that it was not these questions that ultimately led me to conclude that I no longer believed in Christianity or the Bible. They were just the questions that drove a wedge in my faith and made me start thinking critically about my beliefs.
Posted by Unknown at 6:47 PM