When She Died I Wasn't There 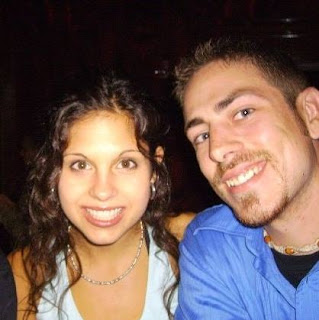 A few days ago was the 7 year anniversary of the death of one of my husband's best friends from high school, Liz. Seven years ago she was running near the college where she was in her senior year and was training for a race. She was struck by a vehicle on the road where she was running and was killed. It was devastating to all who knew her, especially those who were close to her and loved her. My husband had been a very close friends with her and her death hit him very hard.

This tragic accident happened about 8 months after I started dating Patrick. Our relationship took off quickly and we fell hard for each other fast. However, there was something hanging over my head that I couldn't shake all through our relationship. Since our relationship progressed so quickly we were drawn to each other like magnets and we had sex early on in our relationship, despite our conviction to abstain till marriage. I had already lost my virginity, but had abstained for 3 years prior to meeting him and Patrick had abstained until meeting me. I found that out after the fact, which was devastating to me in its own way (I felt that I had ruined something sacred for him).

Well, I couldn't shake the shame and guilt I felt over what we had done and it had gotten so bad that 8 months in I couldn't pray or read my Bible without crippling guilt and depression. So I went to him one night at his apartment and told him that I believed that God wanted us to break up and that I felt the conviction that I didn't love Jesus more than I loved him and that our relationship would never work if we didn't put Christ first. He was completely shocked and terribly upset by this and asked me if this was permanent or temporary. I told him it was indefinite, but that we had to treat it like it was permanent because I wasn't sure what God wanted for us. I hadn't seen him cry until that night. Tears were streaming down his face and I was trying to maintain my resolve, because I truly believed I was doing the right thing even though it hurt so badly.

I left that night a complete wreck. I missed him immediately and I couldn't shake the image of him crying, confused and terrified that he would lose me forever. I was terrified that I would lose him too, but I truly believed that the reason I had felt so awful the preceding months was because our relationship wasn't blessed by God. So I drove home crying and broken and missing the love of my life.

Well, a couple weeks later Liz died and this was only 3 months after another one of his best friends from high school died as well. She died and I wasn't there for him. He was facing one of the hardest struggles of his life thus far and the woman he loved (who loved him back equally) wasn't there to hold and comfort him like she should have been. Instead, I was off praying desperately to a God, who never answered, to give me a sign that we were supposed to be together.

He called me in tears, telling me what had happened to Liz and I made the decision to go with him to the funeral. I told him that I was going with him as a friend and I tried to maintain that distance even though every bone in my body was crying out to hold him and sooth him. I wanted to kiss his tears away and be his only comfort, but instead I was distant and reserved.

This is the kind of thing that bullshit breeds. It breeds more bullshit. Damaging, painful, senseless bullshit. I felt awful while we were dating, not because we needed to break up, but because I was buried in religious guilt and shame over something harmless. We loved each other and in the passion of our love we "made love." That was what burdened me so greatly and caused me to almost lose the most amazing person I've ever met.

A month or so after we broke up we went on a long walk together to talk about things and decided to get back together and to not have sex anymore until we got married, but by then the damage was already done. I had already lost my opportunity to be the real support he needed in his time of grief over losing Liz. I had already hurt him. And we didn't even stop having sex. We did several times after that too and I'm glad because those are some of the most sensual, erotic memories I have. They still fuel my lust for him today!

As an atheist I think back on this situation with anger and resentment. I realize now that what was causing me so much discomfort in our relationship was guilt, not conviction. I realize that loving Christ more than Patrick does not make our relationship stronger. In fact, I don't even believe in Christ anymore and our relationship is stronger than it's ever been. It's memories like this that remind me how damaging religious ideas can truly be, when they are taken seriously, and it makes me want to shout from the rooftops that it's bullshit, in hopes that someone like me will hear it and be freed from the chains of faith.